Adjusting Your Business Mindset for the AI Economy

Artificial Intelligence is taking the world by storm, influencing the transition from the traditional economy to the AI economy. Although the storm is coming quickly, it’s still in its beginning phases.

Within the next decade, artificial intelligence can potentially bring $13 trillion to the economy. Saying this, if business owners act now in sharpening their learning inclination, there could be endless possibilities of success to reap from by the time the AI economy takes off.

Mass AI Adoption Is On The Horizon 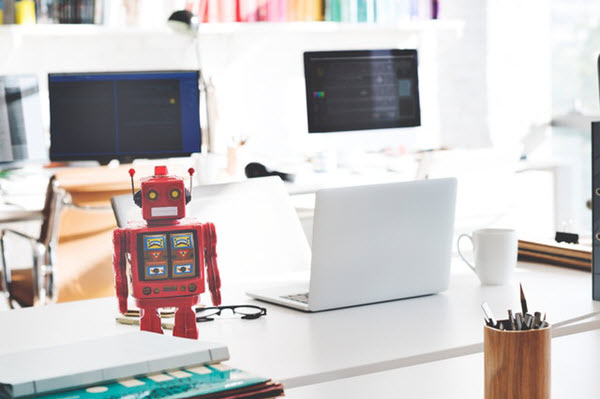 By 2030, approximately 70% of companies could use some kind of AI technology. This could look like anything from automated, online chatbots in place of customer service agents to predictive searches and optimizing route destination time on GPS maps. In fact, there is a 16% chance of increased GDP within local economies driven by AI expansion.

Although there are futuristic economic changes AI can impact, its influence begins today. AI is modifying the current job market as the needs for employment are changing, linking to automation and possible job elimination. Furthermore, the innovation of products and services are changing as the technology expands into new markets, contributing to increased activity in the global marketplace.

See Also: 5 Reasons Why You Should Consider AI Automation for Small Business

The United States began dabbling into Artificial Intelligence in 2011 with Google Brain. It aims to bring “the benefit of AI to everyone”. Although Google Brain is still emerging, 2019 brought federal initiative within the United States to expand AI safety regulations and resources.

Additionally, in 2018, the U.K. government announced its plans to lead the development of ethical AI tech. In fact, the European Union hopes to invest $22.3 billion in AI research by 2020.

Even more, China has been developing specific regulations for the next wave of AI since 2016. Planning to finish with its efforts by 2020, they plan to become the world leader for artificial intelligence by 2030.

Furthermore, between 2019 and 2030, Artificial Intelligence will exponentially increase by 3-5x its current market. As a result, implementing artificial intelligence within business can contribute to a 200% increase in profit.

More specifically, global industries need artificial intelligence to increase their profits as AI solutions can help save money. For example, demand forecasting could see a $10m million increase in profits after implementing artificial intelligence, route optimization $15 milion, and the predictive maintenance industry $20 million. Along these lines, AI fleet optimization can reduce manual operation time by up to 30%, deadhead routes by up to 20%, and cost-to-serve time by up to 10%.

On the other hand, incorporating AI within the manufacturing industry can decrease inconsistency in product quality by up to 30%, time spent on scrap and rework by up to 25%, and the total cost of quality by up to 8%. Overall, when corporations adopt AI, there is a net economic benefit.

Countries leading the pack in AI have seen a 20-25% increase in economic benefit. On the other hand, countries still developing the technology have already seen a 5-15% increase.

See Also: How Artificial Intelligence Will Dominate the Future of E-commerce

What’s Behind The Lag In AI Adoption?

If incorporating artificial intelligence into the operation of business is so successful, why are the majority of companies still behind?

60-70% of business owners are choosing not to – or do not have the means to – invest in AI. The remaining 20-30% are reportedly weary about investing in the new tech or haven’t fully committed to the AI transition. Along with this, only 1 in 10 are ahead of the game and will capitalize from the innovations.

Despite the awareness and knowledge surrounding AI, the industry continues to struggle in countries lacking technology infrastructure. This trend is seen in countries focusing on meeting the current status quo rather than capitalizing on innovation. In fact, AI might not add much of an economical advantage to developing countries as it does in first-world civilizations.

Although 70% of companies worldwide may utilize at least one type of AI tech by 2030, less than 50% would be from widespread adoption. The general limitations that hold business owners back from implementing AI technology are due to a lack of data, difficulty in making sense of results, the possibility of bias, and the inability to teach machines.

With the help of artificial intelligence, 250-280 million new jobs could be created globally. Think about the big picture, define your success, and learn as you go along to integrate AI into your business. Read more below to gain insight on how to prepare your business for the AI Economy.

The post Adjusting Your Business Mindset for the AI Economy appeared first on Dumb Little Man.

How Are Daily Rituals Different from Daily Routines?

Mum’s the Word: How Mantra Meditation Can Help When You’re Expecting

Get Yourself Some Get Action Sweatbands

7 Inspiring Movies to Watch When You Are Low on Motivation